Robot Platform
Our Dynamixel system offers the best and most optimized environment for building a robot system. Robot developers use Dynamixel actuators to build robots in various forms, such as manipulators, robot hands, mobile robots, and articulated robots, including humanoid robots. 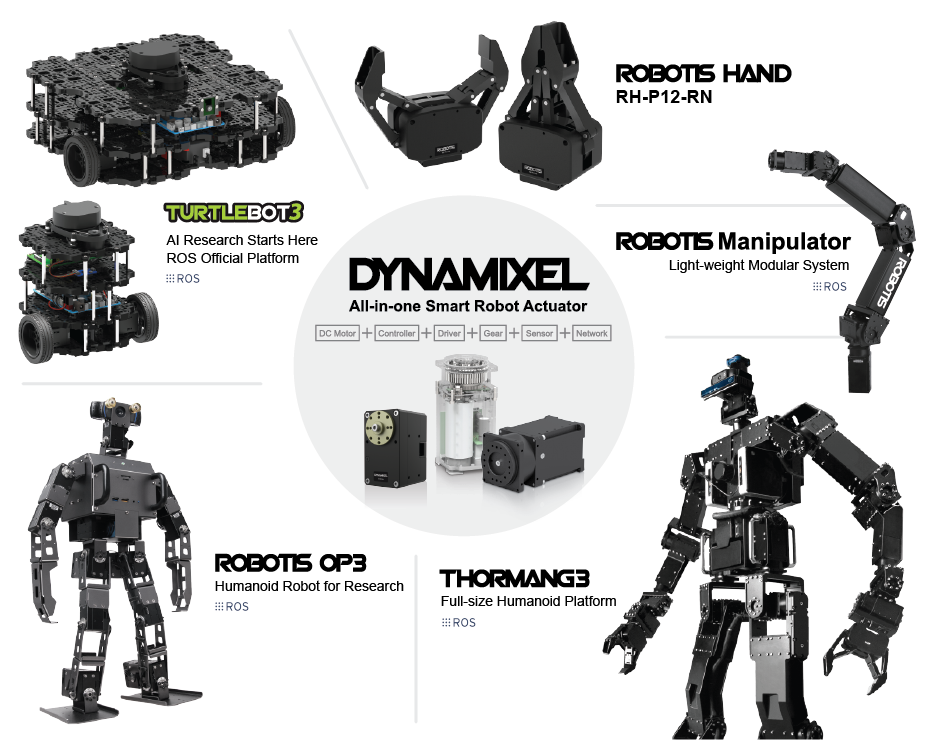 Humanoid Platform
Many robot engineers long to build humanoid robots that resemble the form of humans, and it is also the most built robot that many researchers and developers using Dynamixel actuators make.

Our commercial humanoid platforms using Dynamixels, which first started in 2003 with the Cycloid 2, has established a full-scale and firm robot system for research with the ROBOTIS OP.
Open source humanoid platform ROBOTIS OP, which opens all its CAD drawings, circuit diagrams, and source codes is not only used for research in kinematics, dynamics, gait, image recognition, and HRI, but also used as a platform in RoboCup, FIRA, and other artificial intelligence required robot competitions. The ROS system is applied to the latest ROBOTIS OP3 version which was released in 2017 to offer users a various and easy development environment.

THORMANG was first presented at the 2015 DARPA Robotics Challenge, a disaster relief robot competition. It was developed based on our high performance actuator, the Dynamixel Pro, and is the world’s first open source full sized humanoid platform that can be put into an actual field. It is highly recognized as a learning and research platform robot thanks to its open design and sources. 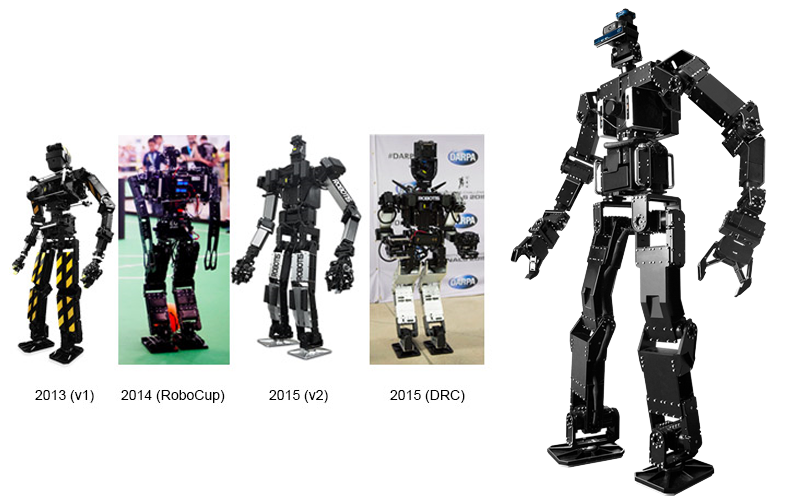 Our open-source based humanoid platforms have become a foundation stone in building up the Dynamixel ecosystem and have become the benchmark for many robotics researchers.
ROBOTIS has been advancing its humanoid robots for a long time, allowing us to take a step closer to the future we had only dreamed of.

Mobile Platform
TurtleBot3 which was developed in collaboration with Open Robotics and released in 2017 is an official ROS education platform. It is a mobile robot with a modular structure developed for research based on ROS and our Dynamixel X series. The advantage of the product is that it is low cost and expandable, and its modularity allows easy maintenance. The software is also open source allowing users to freely share and use its source. The TurtleBot3 can be used in any field for study and research that apply SLAM, navigation, autonomous drive, and mobile systems. 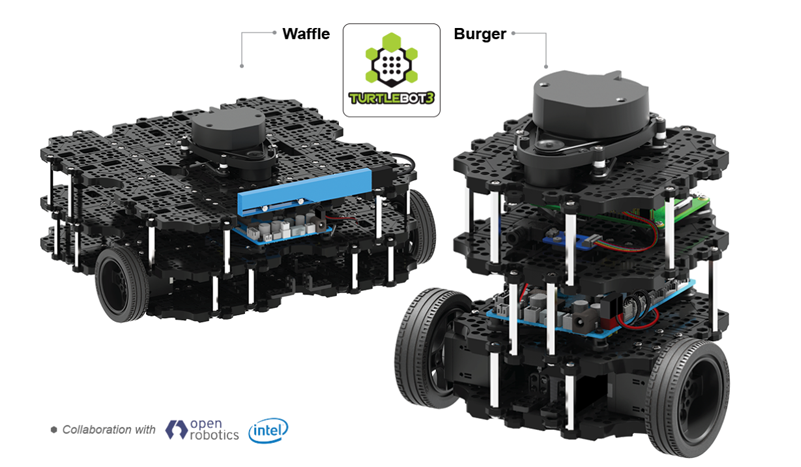 Manipulator
ROBOTIS Manipulator-H, a robotic arm system based on the Dynamixel Pro, is a universal system that can be operated in various environments with its lightweight, modular structure and allows easy maintenance and transformation. It is based on open source and can be used for learning and research for kinematics and manipulation. Thanks to its human arm sized hardware configuration, it can be used as a robot system that drives aircraft and automobiles, and can be used as a remotely operated robot in a disaster scene. Its powerful output (compared to its weigh) and portability make it easy to utilize when working in a narrow space or to construct a system for performing at exhibition halls. 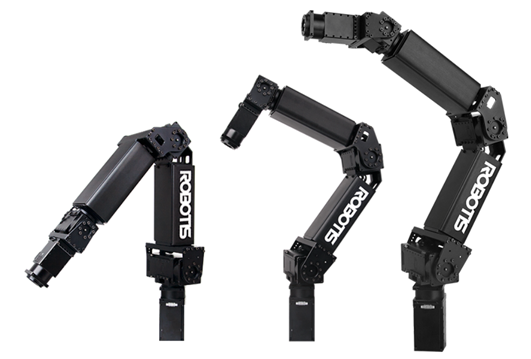 Robot Hand
Based on the compact Dynamixel MX series, the ROBOTIS Hand is easy to use and mount on humanoids or mobile robots. When attached to Dynamixel based robotic arm, it can be connected in a daisy chain topology for immediate operation without additional work.

Open Source Community and Dynamixel Ecosystem
ROBOTIS values being able to provide robot researchers and developers a system to create and build robots and aims to be a platform provider that closely work with various open platform sponsors. To successfully do so, we commercialize easy to use high performance Dynamixel actuators and platforms and continue to expand our product line-ups through ongoing research and development. In addition to this, by opening our programming software to the public, it provides an opportunity for beginners to easily implement and operate robots of their dreams.

Through regular collaborations with the open source community, ROBOTIS strives to build a Dynamixel ecosystem and provide a robotics contents and solution most essential to many robot researchers and developers. 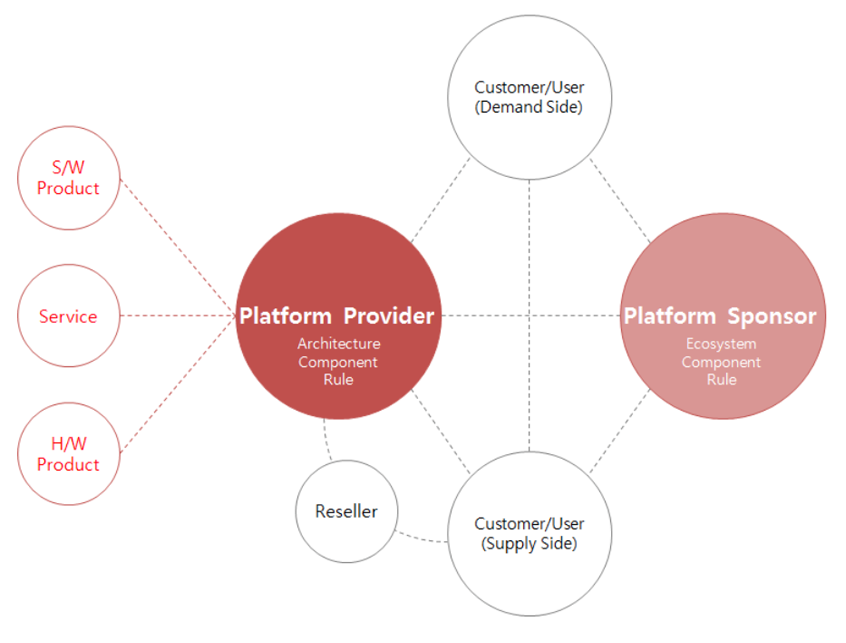